We purchased Old Red from HBC Salvage auctions in Peterlee on 13.04.05 as a fired damaged Mini One 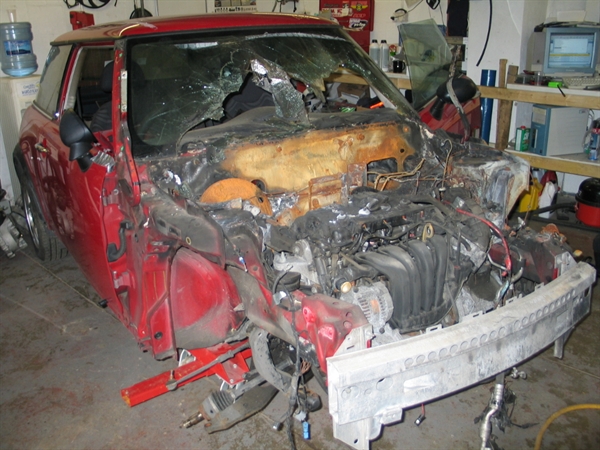 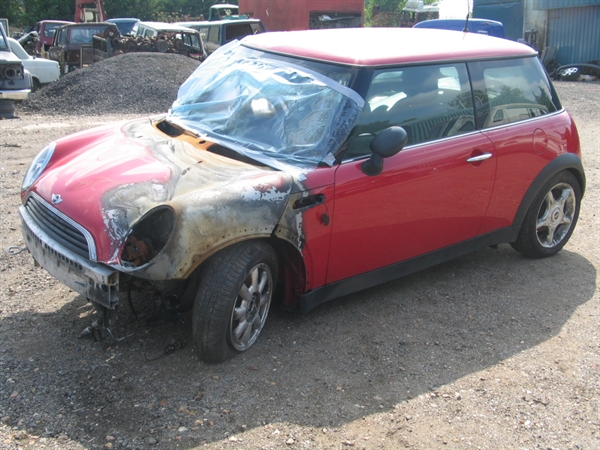 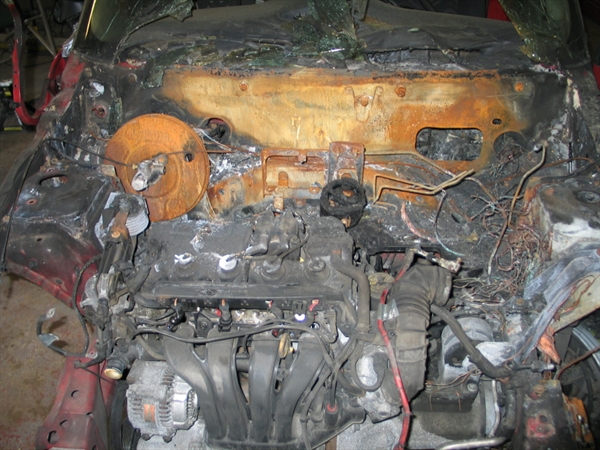 After the 05 Summer Nationals at Santa Pod, we decided we should enter Old Red for the 05 Euro Finals, this gave Thomas 2 months to get it done. After a great deal of time and effort from Thomas, Old Red turned into what you see below, as you can see we left the battery where it should be in a MINI One / Cooper. Thomas also fitted a M7 flywheel, Helix clutch and a Quaife diff, tyres were 195 50 BFG drag radials, also you will note that there was no nitrous fitted, we made our debut at the 2005 Euro Finals in Sporsman Et running a staggering best of 15.497 @ 86.22 with a 2.11 60ft, it turned out we were in limp mode. 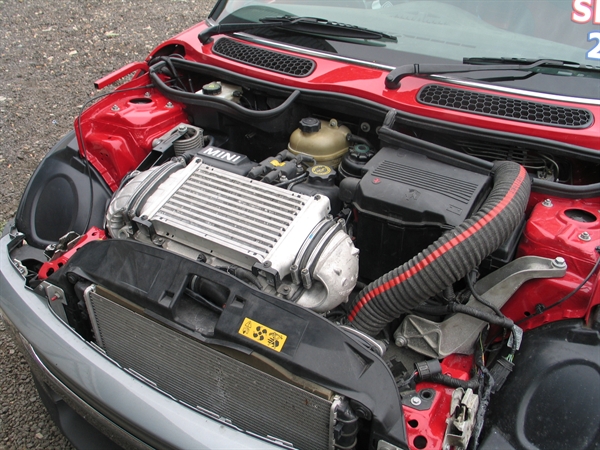 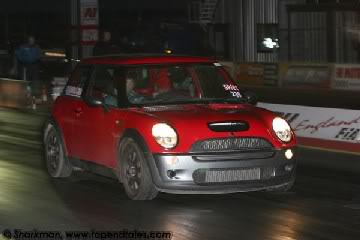 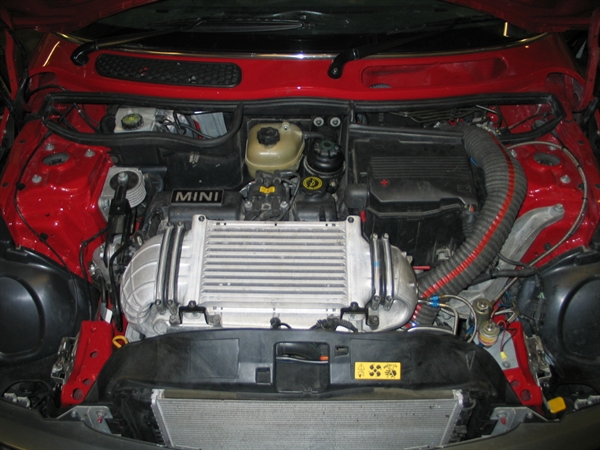 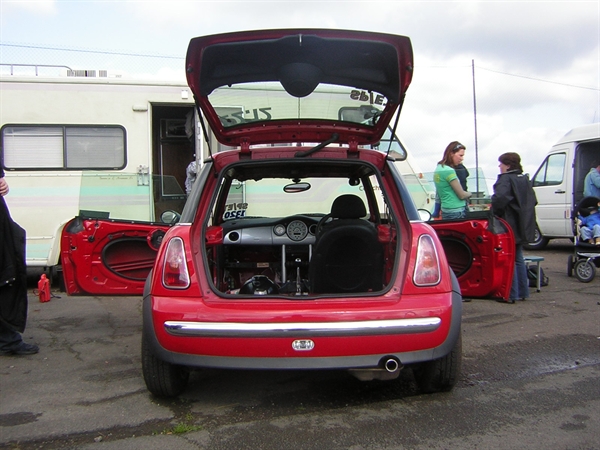 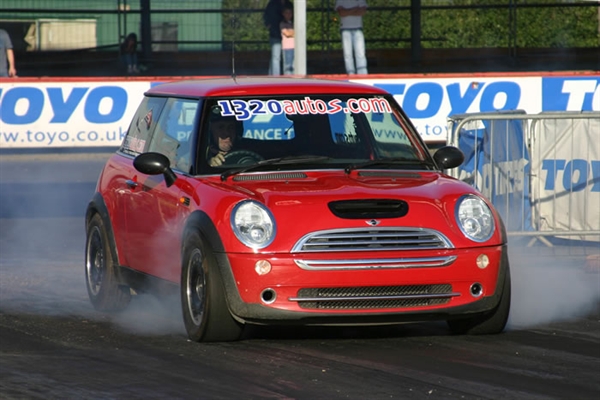 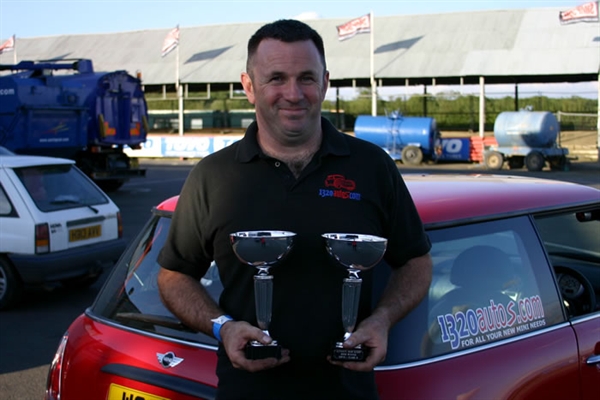 In 2006 we added some Renault alloy wheels and Mickey Thompson 24 x 8.5 slicks, we got plenty of runs in throughout the season and managed a best of a 12.165 @111.68 with a 1.726 60ft , we also managed to replace the Cooper S bumper with a facelift Cooper one in red. We also won the Mini Showdown at Shakespear County Raceway and inaugural Ultimate BMW Show at Santa Pod.

Because we were getting nearer running that elusive 11 sec time we asked long time friend racer Steve Green to put a chrome moly cage in Old Red at the start of 2007, this cage passed certification and we can now legally run as fast as 8.50.................in our dreams. 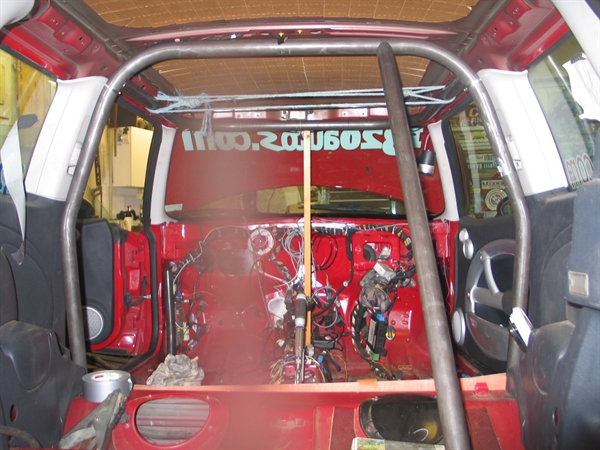 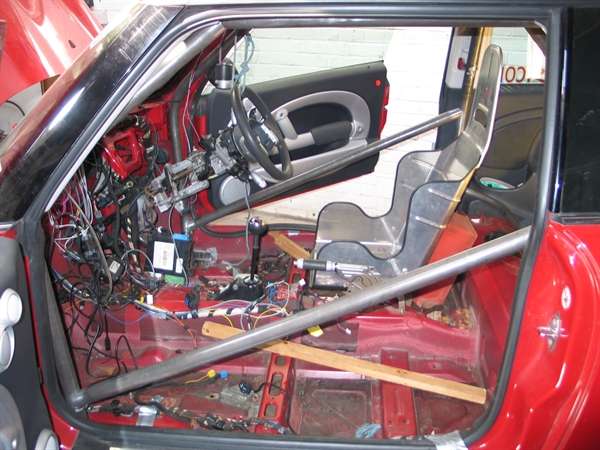 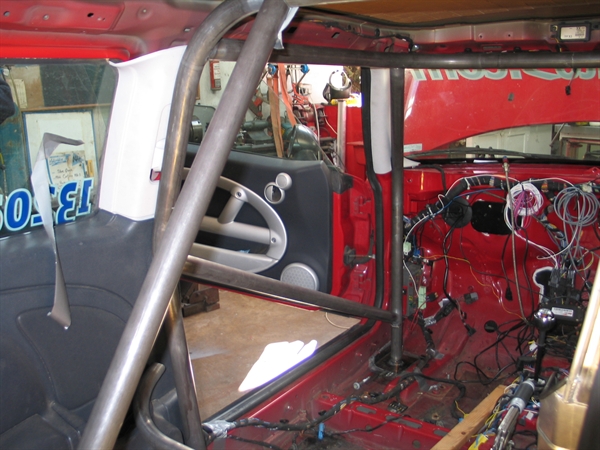 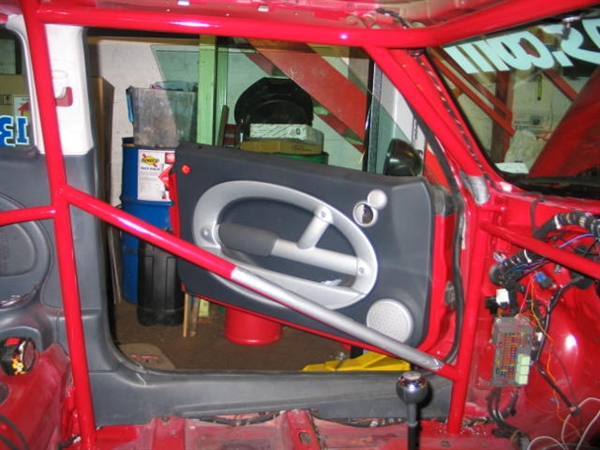 We also fitted JE pistons and a ABF stage 2 head and a 15% pulley, the trim and carpet was put back in and we added two Kirky ally seats, the drivers seat has the luxury of 10mm of foam padding. 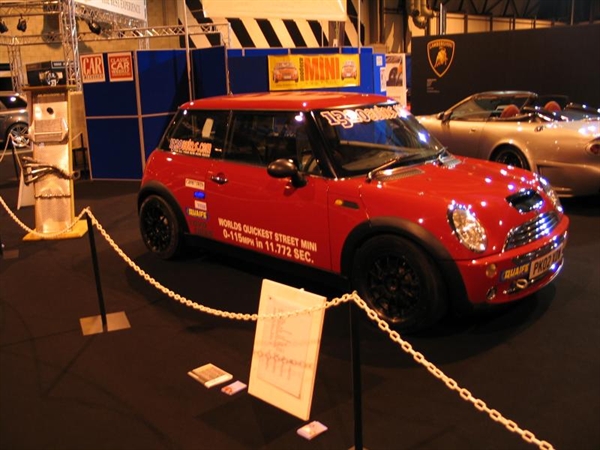 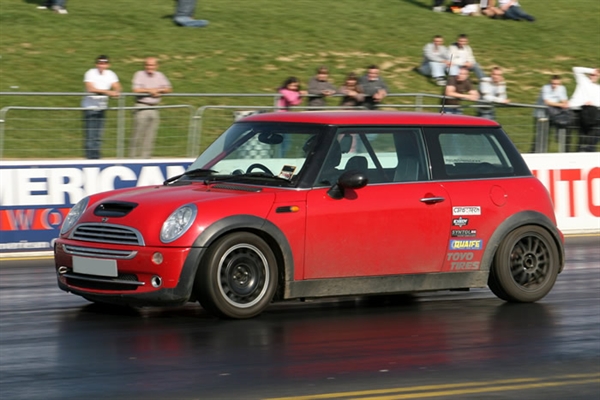 In 2008 we started the year with the car on the Kelsley Publications stand representing Modern MINI magazine in the inaugel Pistonheads show which is part of the Autosport International Show.

Due to a lack of business & funds we only competed at the British Mini Showdown at Shakespear County Raceway where we won the Cooper S class with a stock cylinder head and a no nitrous pass, In August we were invited to the first Mini In The Park at Santa Pod as an exhibition vehicle, so thus we didn't compete for any trophies.

Our next event was the Ultimate BMW Show at Santa Pod where we put the nitrous on with the stock cylinder head and ran a 12.7469 @ 112.70 on the drag radials to win the 4 cylinder class. 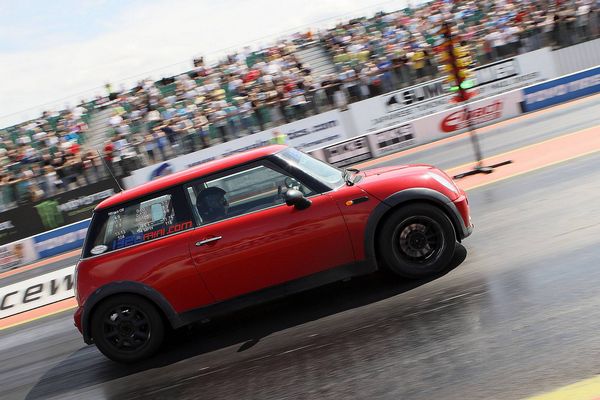 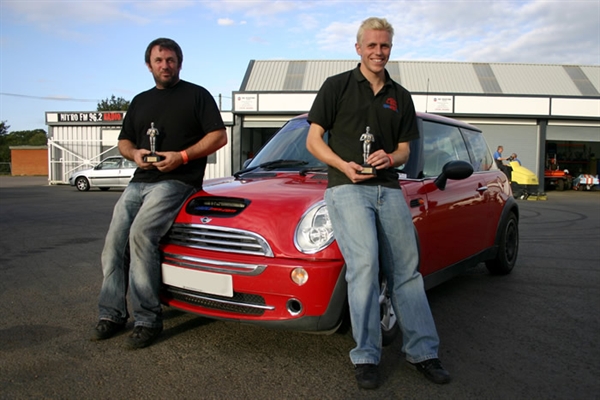 2009 was a very busy year with us entering the www.eurosportcompact.co.uk series we managed the following;

Mini In The Park @ Santa Pod 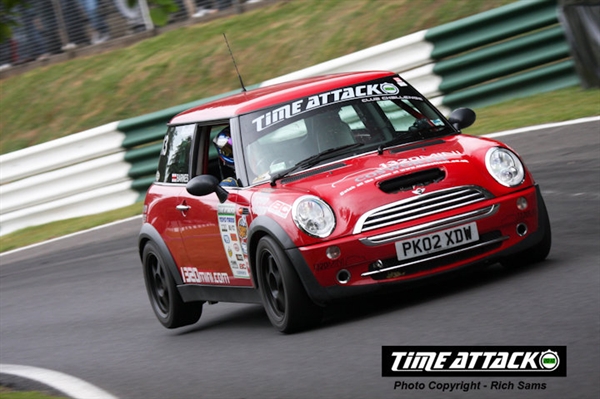 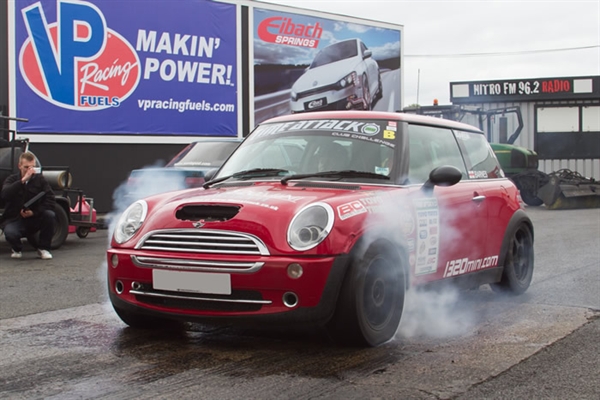 It was so busy this year that Old Red got left and wasn't used in anger until the 3rd round of Time Attack at Brands Hatch driven by Thomas..........yes you did read that right, we were going around corners in Old Red. We actually purchased some new Rota Slipstream wheels fronts are 16 x 8 with 225 45 - 16  & rears are  16 x 7 with 195 50 16. We managed to get one MINI drag event in as well, we also attended a few RWYB's in October testing different setups for 2011